Britney Spears shocked entertainment fans when she revealed in an interview that her dream job would be to 'be a nanny' for the children of Anglina Jolie and Brad Pitt. 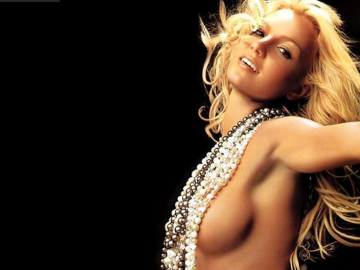 Iggy Azalea's cancelling her 'Great Escape' tour because of production delays has some music observers suspecting another reason for the decision. 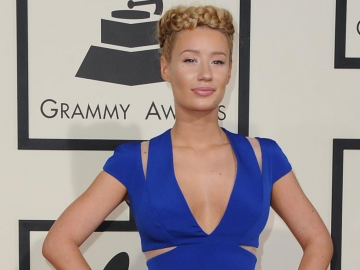 Lana Del Rey's new 'Honeymoon' album has not been released and yet the lyrics from a song are already causing controversy which likely has music executives smiling. 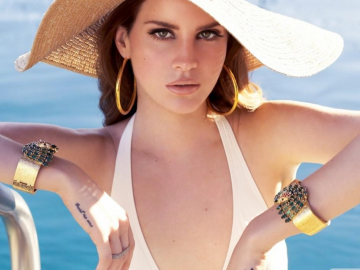 Britney Spears' dream 'nanny' job an inkling of desire for more kids?
15th Juni 2015 @ 03:31am
Britney Spears shocked entertainment fans when she revealed in an interview that her dream job would be to 'be a nanny' for the children of Anglina Joli ...

Lana Del Rey creates controversy with provocative 'leaked' lyrics of new song
29th Mai 2015 @ 03:39am
Lana Del Rey's new 'Honeymoon' album has not been released and yet the lyrics from a song are already causing controversy which likely has music executi ...

Carrie Underwood's post-baby bikini selfie a vegan win and earns her fan praise
14th Mai 2015 @ 04:26am
Carrie Underwood is receiving accolades from fans for how quickly she has regained her pre-baby body and how she accomplished the feat.

Carly Rae Jepsen's 'X-Factor" Judge rumours hint to new album being big success
10th Mai 2015 @ 06:33am
Carly Rae Jepsen's profile is receiving a huge boost with the news she is reportedly wanted by X-Factor creator Simon Cowell to be a judge on the show.

Avril Lavigne's extended public absence heightens concerns among music fans
25th März 2015 @ 05:00am
Avril Lavigne lack of public appearances has many of her fans and entertainment observers thinking that she might be dealing with a serious illness.

Ariana Grande's gorgeous body brings out Big Sean's 'romantic side'
1st Februar 2015 @ 11:13am
Ariana Grande is the girlfriend of rapper 'Big Sean' and it seems she has his heart as he showed which he showed through his lyrics about her in his son ...

Katy Perry reignites romance with John Mayer to start 2015
15th Januar 2015 @ 04:48am
Katy Perry threw her fans and entertainment observers for a 'loop' when media reports surfaced in early January that she was once again dating singer Jo ...

Avril Lavigne's rehab denial sparks more interest in singer's public absence
6th Januar 2015 @ 05:23am
Avril Lavigne responded to claims she is going to rehab as 'hilarious' but the denial has resulted in more questions about her public absence and status ...

Kesha legal fight with Dr. Luke gets uglier with new allegations
1st Januar 2015 @ 11:54am
Kesha is in midst of battle royale as her claims of being sexually assaulted by Dr. Luke bring forth new allegations about her conduct from her long-tim ...

Katy Perry has fun in Melbourne being knocked out by lollipop
19th Dezember 2014 @ 11:50am
Katy Perry provided a 'taste' of her fun acting side when she pretended to be knocked out by an oversized lollipop thrown at her breast.

Mariah Carey in see-through gown amazed Aussie fans at outdoor concert
18th November 2014 @ 02:10am
Mariah Carey provided her Australian fans with a sensational performance in her final concert on her world tour and showed that her voice is still incre ...