TV
28 pics proving Laura Vandervoort is the best Supergirl ever

While we think that it is probably fair to say that, while Warner Bros. and DC have been struggling to make a success of their movie universe, with a number of disappointing big screen releases, they have been enjoying much more success on the small screen, with a number of impressive television shows in the DCTV universe. One of the hit shows in the DCTV universe at the moment would have to be the Supergirl series, which sees Melissa Benoist in the lead role, but while she has been doing a solid enough job, there is another Supergirl star who we feel will never be able to be topped by anyone.

The beautiful and talented actress Laura Vandervoort has enjoyed a long and successful career in the acting industry and has played a number of exciting roles over the years, but she will forever be best remembered for playing the role Kara Kent aka Supergirl in the hit The CW television series Smallville, where she really did win our hearts. While there has been talk of a new Supergirl actresses being cast for the big screen, we do not believe that there is anyone who could take the place of Laura, and here we are going to show you exactly why we think that. Enjoy! 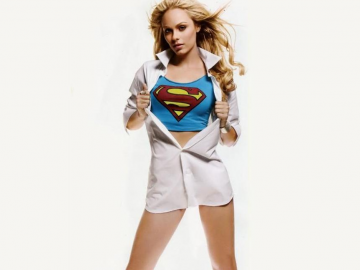 34 of the hottest babes in comic book TV shows

While it is fair to say that the comic book movies have been taking over Hollywood, with a huge amount of impressive and successful superhero movies hitting the big screen in recent years and plenty more lined up for many more years to come, the small screen has also been doing plenty to impress, with a lot of the top TV shows today being based on one particular comic book or another.

In these comic book television shows, we are finding that there are more and more beautiful and talented actresses getting involved, which we have to admit definitely makes them that little bit more easy to watch. With so many sexy stars appearing in so many different comic book TV shows, we decided to bring you some of the hottest babes to grace some of these shows. Enjoy! 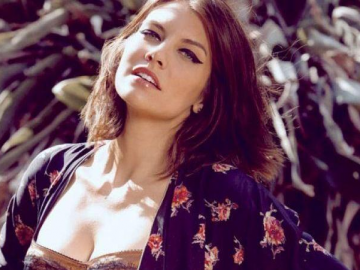 Actress Laura Vandervoort is ready for the release of her new movie Saw: Legacy 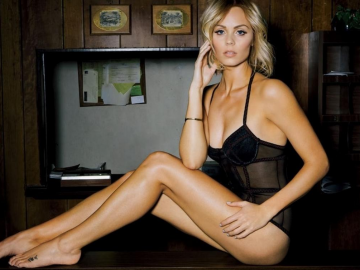 28 pics proving Laura Vandervoort is the best Supergirl ever
21st Februar 2018 @ 12:03pm
While we think that it is probably fair to say that, while Warner Bros. and DC have been struggling to make a success of their movie universe, with a nu ...

34 of the hottest babes in comic book TV shows
5th Dezember 2017 @ 09:43am
While it is fair to say that the comic book movies have been taking over Hollywood, with a huge amount of impressive and successful superhero movies hit ...

Laura Vandervoort's DragonCon popularity a sign of big screen readiness
7th September 2015 @ 06:37am
Laura Vandervoort, one of the most popular people at Dragoncon has fans she will soon be receiving much attention from movie directors and producers.

"Bitten's" Laura Vandervoort surprises fans with her 'liking' blood on her body
27th Februar 2015 @ 05:58am
Laura Vandervoort's blood and physicality show revelations have some observers thinking she is letting people know she want an action-adventure movie ro ...

Laura Vandervoort excites fans with photo in glamorous white designer dress
2nd Februar 2015 @ 02:09pm
Pictures of Laura Vandervoort looking glamorous for a Regard magazine photo shoot have fans anxious for the start of season 2 of "Bitten".

Laura Vandervoort raises eyebrows with villain 'talk' at Comic Con
16th October 2014 @ 03:44am
Laura Vandervoort in a recent interview with IGN disclosed that she would be interested in returning to 'Supergirl' as a ... villain.