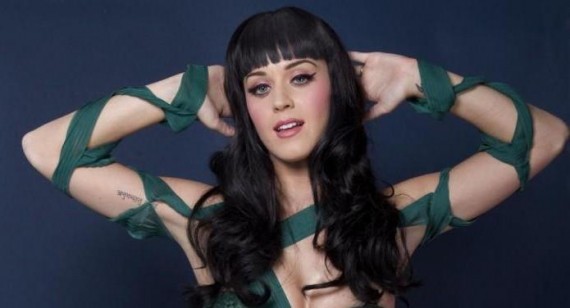 The 26-year-old singer looks picture perfect in the new Adidas commercial proving that exercise attire can be sexy too. In the new advert, Katy can be seen bearing her midriff as she dances with an array of female backing dancers. Katy is seen wearing a pair of bright pink Adidas tracksuit bottoms sitting dangerously low as she shows off her moves.

The I Kissed A Girl singer also wears a pink and blue sports bra and matching trainers, but rather than having her hair pulled up ready for a workout, Katy's long dark curls fall over her shoulders. The latest commercial from the global sports brand also features appearances from tennis player Caroline Wozniacki, the Staatsballett Berlin ballerinas and DJ Baby G.

The one-minute-long video is an extension of the Adidas commercial that was released back in March, and a follow-up to one released by the brand last year.

Katy stars in both adverts alongside David Beckham, where they show off their athletic prowess in a variety of colourful garments. Katy was filmed running along a boardwalk in Los Angeles in the clip as she donned a vibrant purple jacket and shorts.

She wore a peach vest top emblazoned with the Adidas logo, while her trainers were bright red.

Katy adopted a series of poses for the shoot, and at one point she sat on a merry-go-round as she perched on a carousel horse, smiling widely for the camera. At one point in the video, the pop star runs along with two friends as her pal and Adidas shoe designer, Jeremy Scott, cycled passed and waved at her.

The commercial switches to places including London, Moscow, Los Angeles and San Francisco, before a pile of papers was dropped on the floor showing the front page, which read: 'Britain prepares for 2012.' And it ends with the tag line: 'Adidas is all in.' 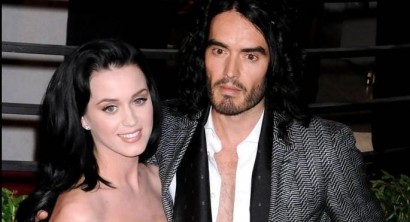 Russell Brand reveals his parenting worries
30th January 2017 @ 07:02pm
Russell Brand has opened up about the fears of his daughter getting older

Katy Perry teases new music and new album
17th August 2016 @ 10:10pm
Katy Perry has opened up about her latest track Rise and her plans for her new album

Movie
Will we ever see Emily Blunt in a Marvel movie?

Movie
One to Watch: Beauty and the Beast actor Nathan Mack

Movie
Olivia Munn and Boyd Holbrook excited for The Predator

TV
Kim Kardashian reveals the sibling rivalry between her kids

TV
Kris Jenner to sue Kylie Jenner for using her face without permission?