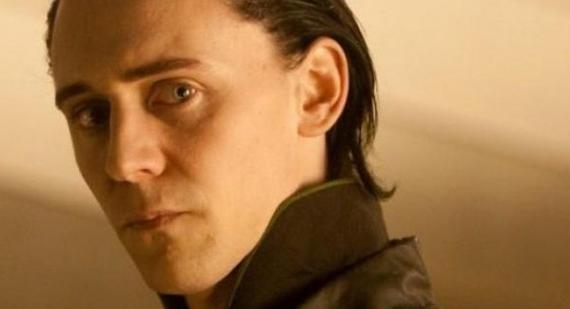 It looks like Tom Hiddleston is a DC fan – he’s recently spoken to Metro UK about the experience of shooting the Avengers and currently shooting the Thor sequel.  In the interview, Hiddleston talks about his childhood and his favorite character, which was the Joker. He says, “I used to watch Michael Keaton’s Batman on a loop. I loved it and I loved The Joker. You can get very intellectual about it. It’s almost like superheroes are a kind of modern mythology that are a bit like the Greek or Roman gods. They unite people because they can project their understanding of life on to these massive characters, with all of the same frailty that we have. They all suffer the same pride and  vanity and virtue. “

He also talks about how his mother got him into acting, saying, “She really was the one who introduced me to it as an idea in many ways. We lived in Oxford and she was the first person to take me to the Royal Shakespeare Company and the National Theatre, and introduced me to foreign-language cinema. She expanded my taste beyond just Superman and Indiana Jones.”

Hiddleston is currently shooting Thor: The Dark World in England, and will next be seen in the Henry miniseries on television.

Chris Hemsworth topless body could be yours with this advice
9th January 2020 @ 10:12pm
Chris Hemsworth's personal trainer has revealed the secrets to the actors amazing body.